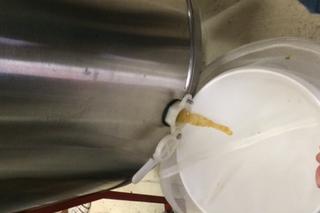 Mama Q was inspired by a beekeeper she met at the Los Altos Farmers Market (Thursday nights May-September on State Street). Mama Q's apiary was founded in July, 2013 under the watchful eye of Wayne Pitts (Uvas Gold Apiary). A single brood box, turned into two before a honey super was added. With Wayne's retirement from commercial beekeeping, we added Mike Stang. Under his guidance, the first honey harvest was completed in early March 2015. The first 32 LB. batch of honey was bottled and went to family and friends and we took over management of the hives. We split the original hive in late March, 2015. In May, 2015, we aquired a swarm that created hive #3.

We became a commercial operation in September, 2016, when Draeger's started retailing our honey. By February 2017 we had 8 hives operational in 4 locations. By the summer, we've grown to 17 hives in 9 locations. 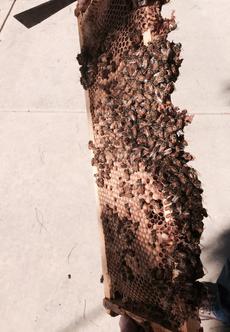 it all starts with a farmers market 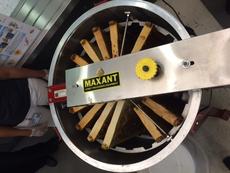 Then into this bucket for screening and  bottling. The result is raw and unfiltered. All natural. 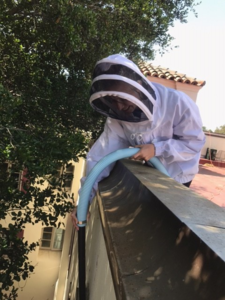 Once the wax cappings are cut off with a hot knife, the frames are spun in this centerfuge 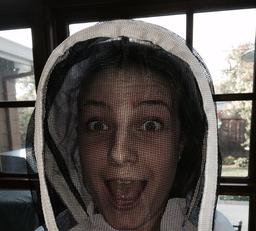